A curious situation has been afoot during the Big Ten media rights negotiations this year that has caused a lot of head scratching by the TV network and digital executives.

That means Silverman, president of Fox Sports and COO, and Jones, executive vice president of business at Fox Sports, have been in the room and listening intently as executives from rival companies – Amazon, Apple, CBS, ESPN, NBC and Turner – make their pitches for the conference’s rights packages.

Big Ten Commissioner Kevin Warren leads these meetings, of course. He has run the conference for three years and has final say on which company ends up with the rights. Kerry Kennythe conference’s senior vice president of television, media, analytics and emerging platforms, also plays a big role during each of these meetings.

Executives say they’ve never encountered this type of situation before where they have had to make their pitch not only in front of a competitive network, but actually to its executives.

It’s all on the up-and-up, even if the situation is unusual. Sources say Fox Sports already has a deal in place to renew its Big Ten pact, so it’s not as though Silverman and Jones are gaining trade secrets as a way to enhance their own bid. 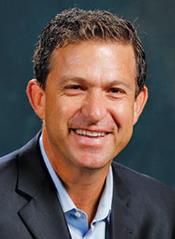 The presence of Silverman and Jones in these negotiations is part of a deal Fox Sports cut with the Big Ten when the previous rights agreements were signed in 2017.

This year, Silverman and Jones are taking part in these talks as designated representatives of BTN, the channel in which Fox Sports is the majority owner and the entity that controls the Big Ten rights. 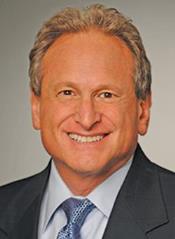 Essentially, the two Fox Sports executives are acting as both designated BTN representatives and media consultants, which is one reason why the Big Ten did not hire a media consultant to help it through these negotiations.

For months, one of the biggest mysteries surrounding the Big Ten’s negotiations has been about who Warren was using as a consultant. There hasn’t been a clear answer. The idea that it’s two well-established network executives certainly comes as a surprise.

The specifics of Fox’s new deal are not set – not even Big Ten or Fox executives know how many games that package will have as the conference is still trying to sell one, two or possibly three more packages to other suitors. The number of games going to Fox is dependent on how the conference structures of these other packages. The conference expects to award these packages by Memorial Day.

Fox will have the main package and its deal will feature at least as many games as its current deal, probably more. Under its current agreement, Fox carries 27 Big Ten football games each season.

So far, traditional media companies CBS, ESPN and NBC have taken meetings with the Big Ten and Fox Sports.

CBS is looking for top-level football games to replace its Saturday afternoon SEC game, which is leaving for ESPN after the 2023 season.

NBC has pushed for a weekly Big Ten game that it can package with Notre Dame for a Saturday doubleheader. NBC has the rights to Notre Dame football through the 2025 season.

ESPN carries more of the top college football games than any other network and wants to keep a piece of the always highly rated Big Ten.

Turner Sports also has expressed interest, although its executives have waited on making a formal pitch until Discovery‘s purchase of WarnerMedia passed through regulatory channels. That $ 43 billion deal became official on April 8, and they are expected to meet with the Big Ten in the coming weeks.

On the digital front, Amazon and Apple also have had discussions with the Big Ten. Both digital companies have increasingly been using sports as a way to gain more subscribers for their streaming services. Amazon will carry the NFL’s “Thursday Night Football” exclusively this fall, and Apple just started carrying Friday night MLB games exclusively earlier this month.

The presence of so many bidders all but ensures that the conference will see a healthy increase over the six-year, $ 2.64 billion deal it signed with ESPN and Fox in 2017.

This situation presents an illustration of the college sports landscape where the top two college sports conferences essentially are aligned with rival networks.

ESPN holds all SEC rights through the 2033-34 school year and owns and operates the SEC Network. Fox Sports will be the Big Ten’s main rights holder and is the majority owner of the Big Ten Network.

John Ourand can be reached at jourand@sportsbusinessjournal.com. Follow him on Twitter @Ourand_SBJ and read his weekly newsletter and listen to his weekly podcast.