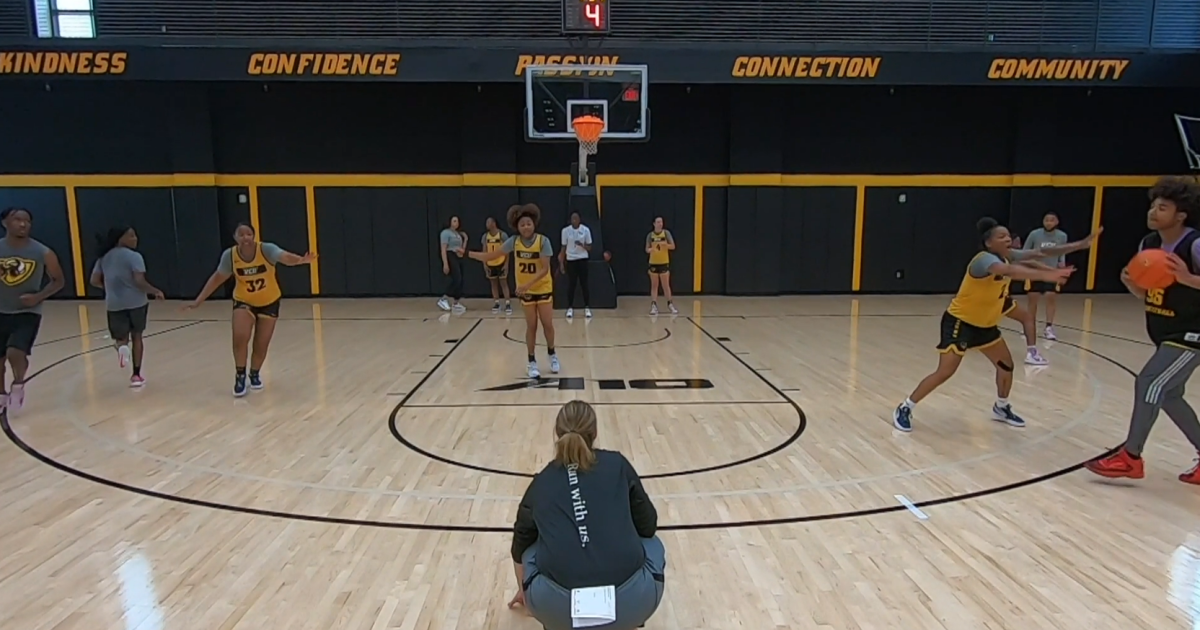 The landmark gender equity law made discrimination based on sex illegal. Its protections opened doors for girls and women in all educational settings and helped ensure fair treatment once they get in.

Every woman on the VCU women’s division one basketball team is a scholarship athlete, which is not an easy accomplishment.

It is a culmination of a lot of work from the current players and the ones who came before them.

On the anniversary of the passage of Title IX, the Rams are an example of how the law is helping women’s sports progress.

“We want to be able to train them at a really high level, train them like pros and a big part of that is having the resources to do it,” O’Boyle said.

The team’s state-of-the-art training facility is evidence of the school’s winning strategy.

The building is symmetrical and houses 100% equivalent facilities for the men’s and women’s basketball teams.

While putting in the work, the athletes are surrounded by visual reminders of what’s possible. Giant pictures showcase their victories, like the 2019 conference championship team and last year’s trip to the NCAA tournament.

“It inspires you, but it also encourages you to be better so that you can go further,” () said.

Images of great players from the past adorn the walls.

Legends like Kelly Hoover who helped pave the way for the equal treatment of female athletes.

“When I look up, there it is, a wow moment to see your picture on the wall. But again, I didn’t do it on my own. It’s your coaches, your teammates, you know,” () said.

Hoover played in the late 80s and held the Rams’ career shooting record for 23 years. She said a lot has changed since her time on the court.

“Back then when I played, and I’m going to say 33 years ago, Title IX was never talked about. You know, I don’t really know that we noticed there was a difference. I mean obviously, there was a difference. , “Hoover said. “I know that when we played, we actually had probably, you know, better situations than the folks before us. And now it’s nice to see what has been established now. Obviously, things have improved through the years and we hope they continue to improve for women athletes. ”

The team said there is still more hard work to do, starting with community support, more education and more forward-thinking.